For Qiu Xiaofei’s case-study exhibition that will be on view for four months, we adopted two entirely different exhibition structures and narratives in presenting the artist’s painting from the last two decades and the ways in which he explores the medium and meaning of painting through a spiral path.

The first chapter of the exhibition (September 12 – October 21, 2020) focuses on Qiu Xiaofei’s most recent painting, Red.

Trotskyky Grew into a Tree is both the title of the second phase of the exhibition and Qiu Xiaofei’s recent small painting. This enigmatic title implies a rich subtext. It takes ten to twenty years for a tree to grow, and this time coincides with Qiu Xiaofei’s creative path presented in this exhibition. How a political symbol takes on everyday and growing nature suggests the artist’s multi-dimensional transformation and exploration from image to language.

Many works from different periods of the artist’s creative process are presented in a non-linear, hybrid, and interconnected manner, attempting to reveal the artist’s continuous self-transcendent work that involves moving forward and looking back. They are like windows, suspended on both sides of a wall with architectural forms. Those who walk along the wall are like watching a film montage, where one discovers the narrative and the allegorical through its skipping and reciprocating process. The wall seems to separate the outside (the external world) from the inside (the spiritual world). Still, the relationship between subject and object is continually shifting to bring both sides together. Through these “windows”, one sees the “scenery” outside of a vantage point, and ultimately, these “scenes” constitute a “landscape” with energy and morphological transformed “ecology”.

In a series of early works created to reproduce media images or old objects, the images are metaphors for distinctive themes, bearing witness to the primary sources that shaped the artist’s thinking. At the same time, we cannot overlook the strong sense of materiality these paintings themselves possess. Thereon, the metaphorical nature of the images and the paintings’ materiality have become Qiu Xiaofei’s objects of interest to explore through his works. More precisely, his practice probes how an image conveys its metaphorical undertone through the painting’s materiality, rather than just a symbol. 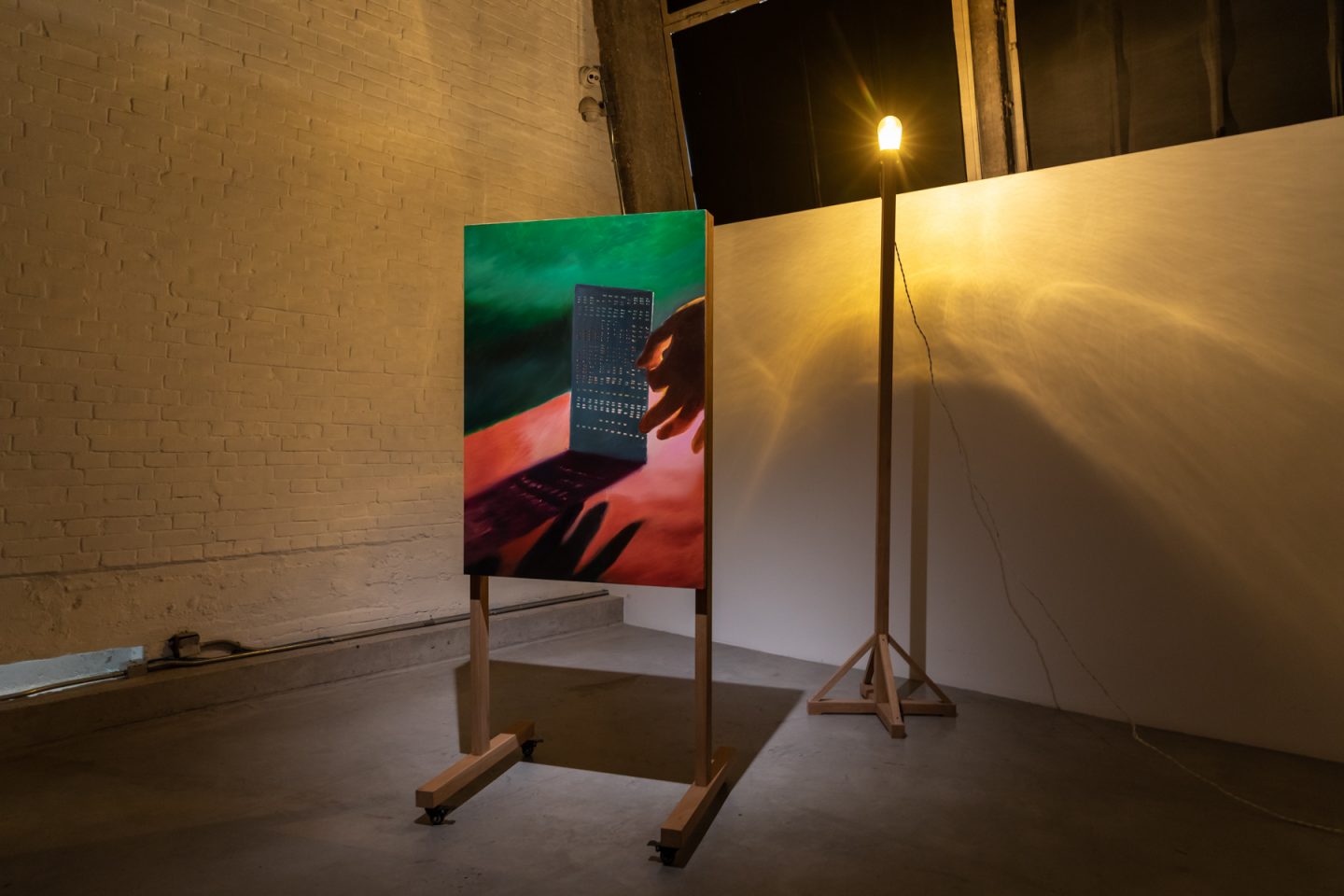 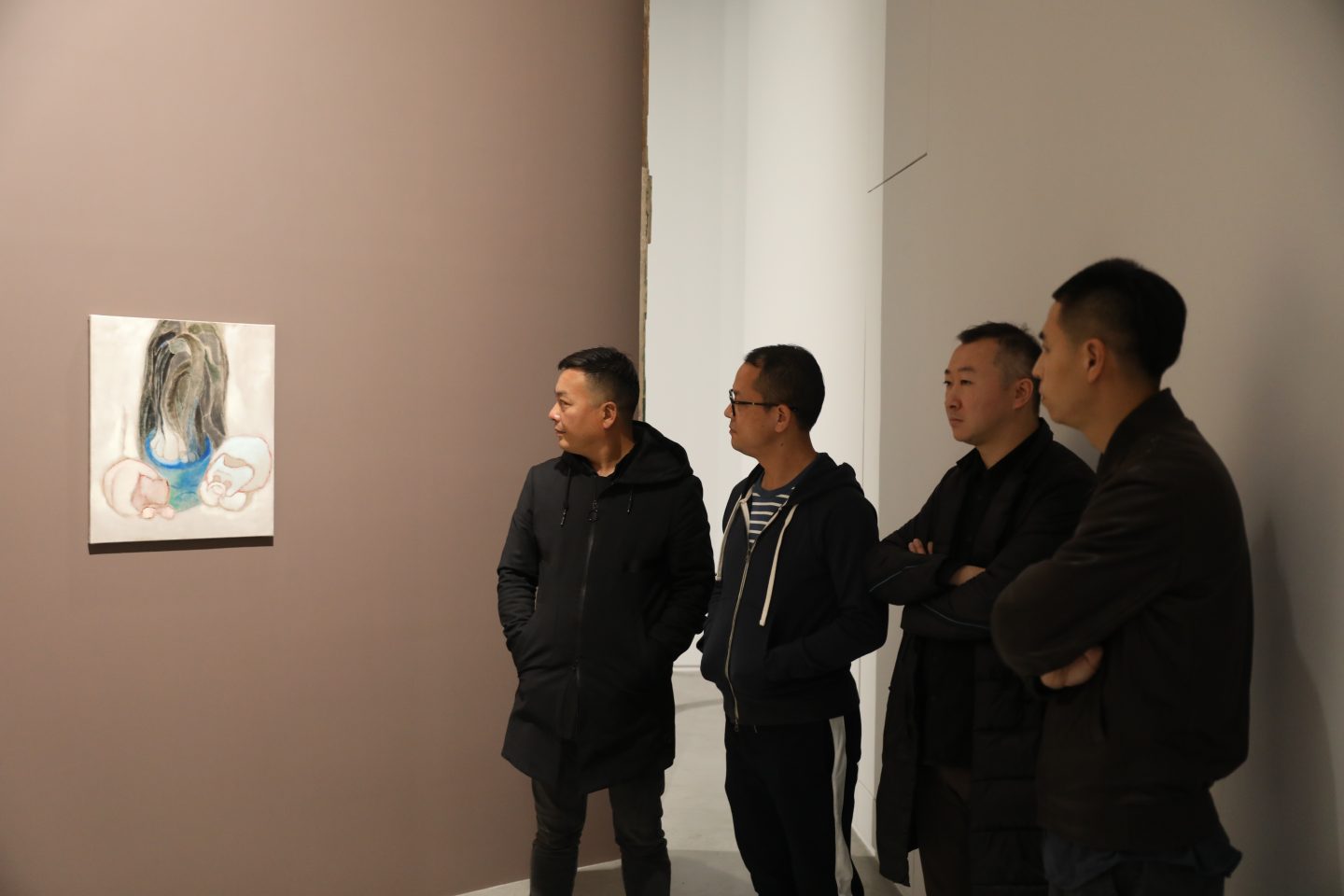 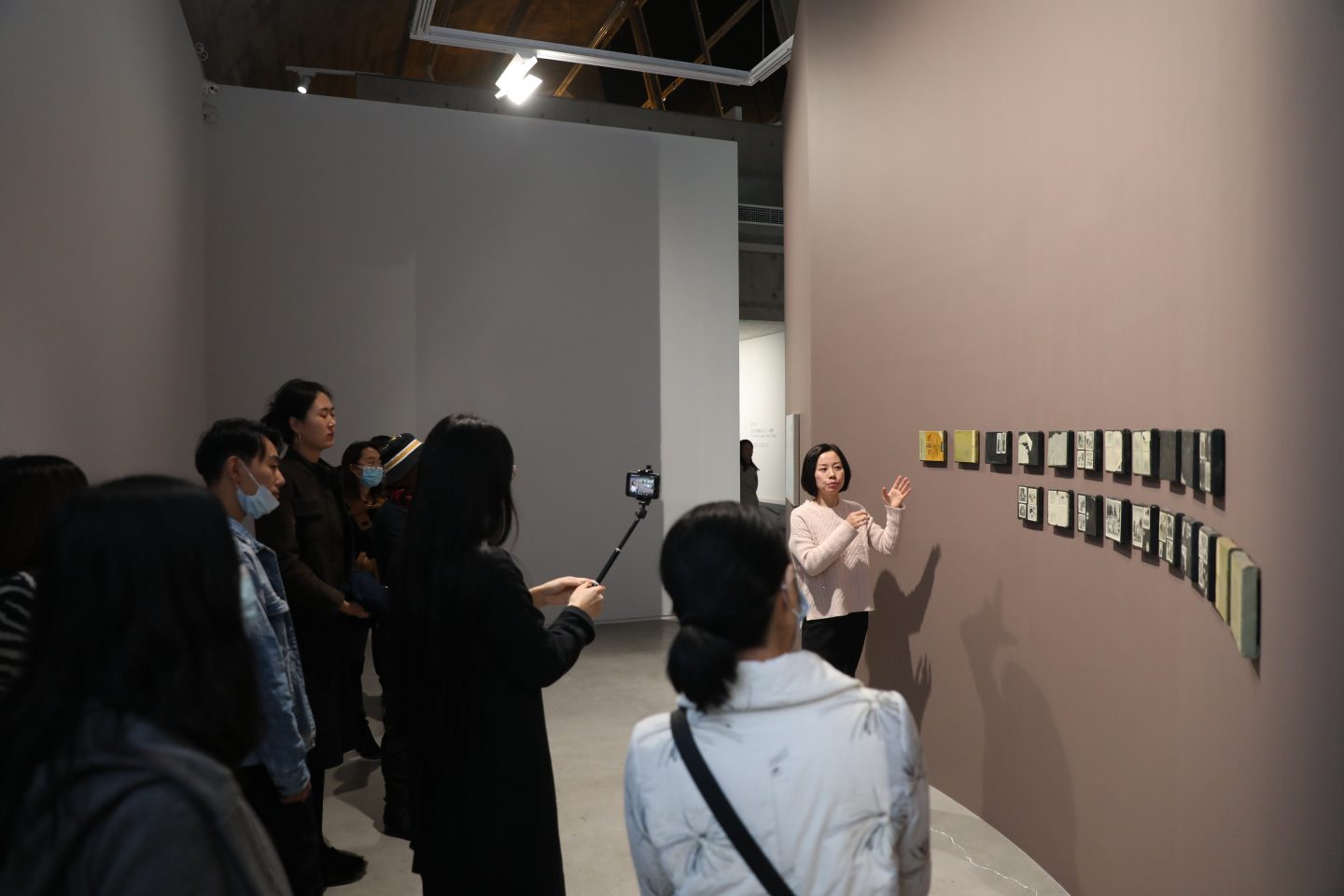 Light of Shadow of Light, oil on board, mixed media, size variable, 2012 Mountain Behind Wood Behind Mountain, Wood, oil on board, size variable, 2012 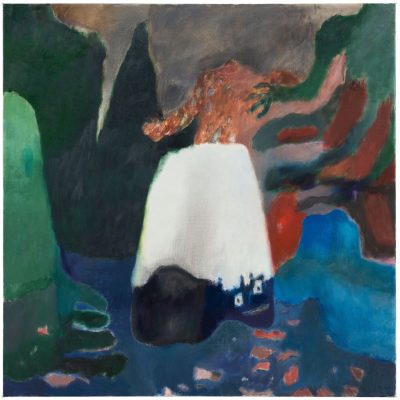 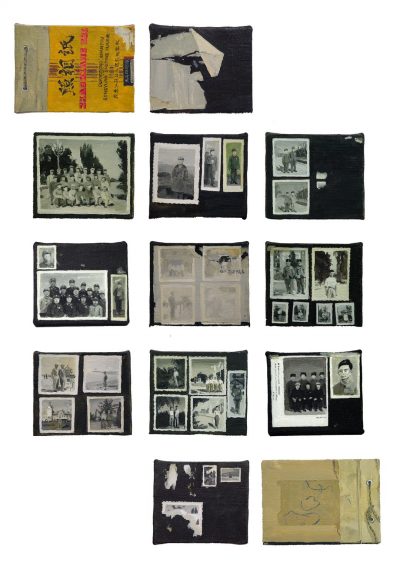