Ceramic house, a rotunda building encompassed by ceramic tiles, looks just like an exquisitely tiny chess piece seated at the Westbund, right beside the Huangpu River. This year, we thought about to whom we would hand this “chess piece”, to let him/her bring his/her creativity and experimental spirit into full play. New Century Art Foundation (NCAF) is going to launch a new annual programme and from now on, each year we would invite an artist to create a site-specific work given the conditions of the space. The new inspirations and challenges ignited by the new space, hopefully and very much likely, would function as a catalyst to push artists’ practice and vision to a new level and direction. We look forward to the boldly new experiments and experiences that will be brought about through the encounter.

For the first year of this programme, we’ve invited Liang Shuo to be the artist to present the inaugural edition of “ceramic house”. Liang Shuo is noted for his ingenious integration of materials, spaces, cultural visions and narratives. Also, he is obsessed with the pristine vividness of folk culture and the spirituality embedded in traditional culture. Thanks to his deep insight into and good mastery of materials and spatial conditions, things that used to be confined to certain frames seem to be imbued with rich new meanings and implications. With the original visual and ideological notions to be broken through, new verve and dynamism are inspired from within.

The artist drew his inspiration from a trip to Mount Cuihua. The mountain is known for its spectacular landscape caused by catastrophic landslides and various legendary stories left by the hermits who used to spent their life living and meditating here. During the course of history, while the natural landscape was constantly integrated with and even reshaped by humanity, a sense of “man-made evolution” was inspired. The exhibition title derives from The Book of Changes and “xi xi” refers to the feeling of fear. In the Book, the sentence means that fear is a way to help people with their practice and meditation and to remind them to face the impermanence of life with no fear. The pronunciation of “xi xi”, by coincidence, is similar to the Chinese phrase meaning “having fun”. By taking out the word from its original context and instilling it with new meaning, the artist playfully built a connection between the traditional and the contemporary.

For this work, Liang Shuo bought hundreds pieces of cheap furniture in a flea market in Shanghai. They embodied the aesthetic visions, social and family memories of different times. In a sense, they could be seen as man-made “gravel”. By scattering and piling them up in different ways, the artist managed to construct a landscape that was brimming with sense of time and space. It would be a fascinating experiment with spectacular spatial structure and profound details.

As the title “Lai Xi Xi” indicates, come to play and to mediate. 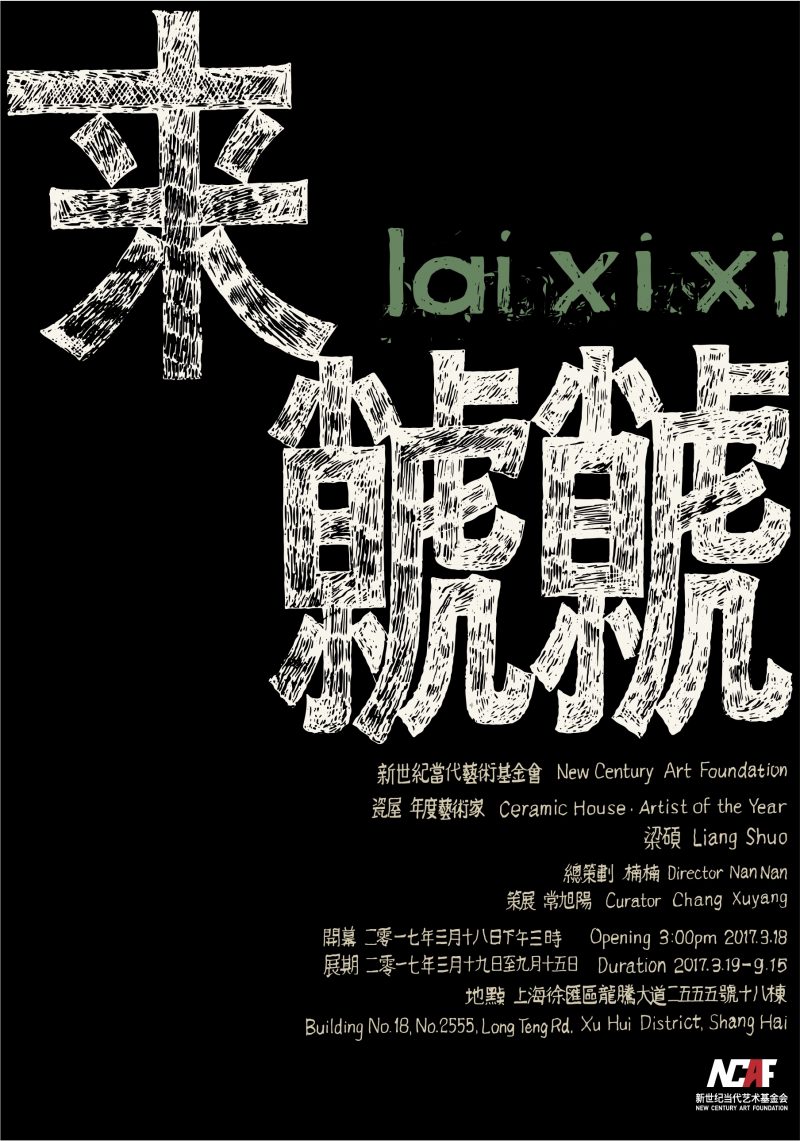 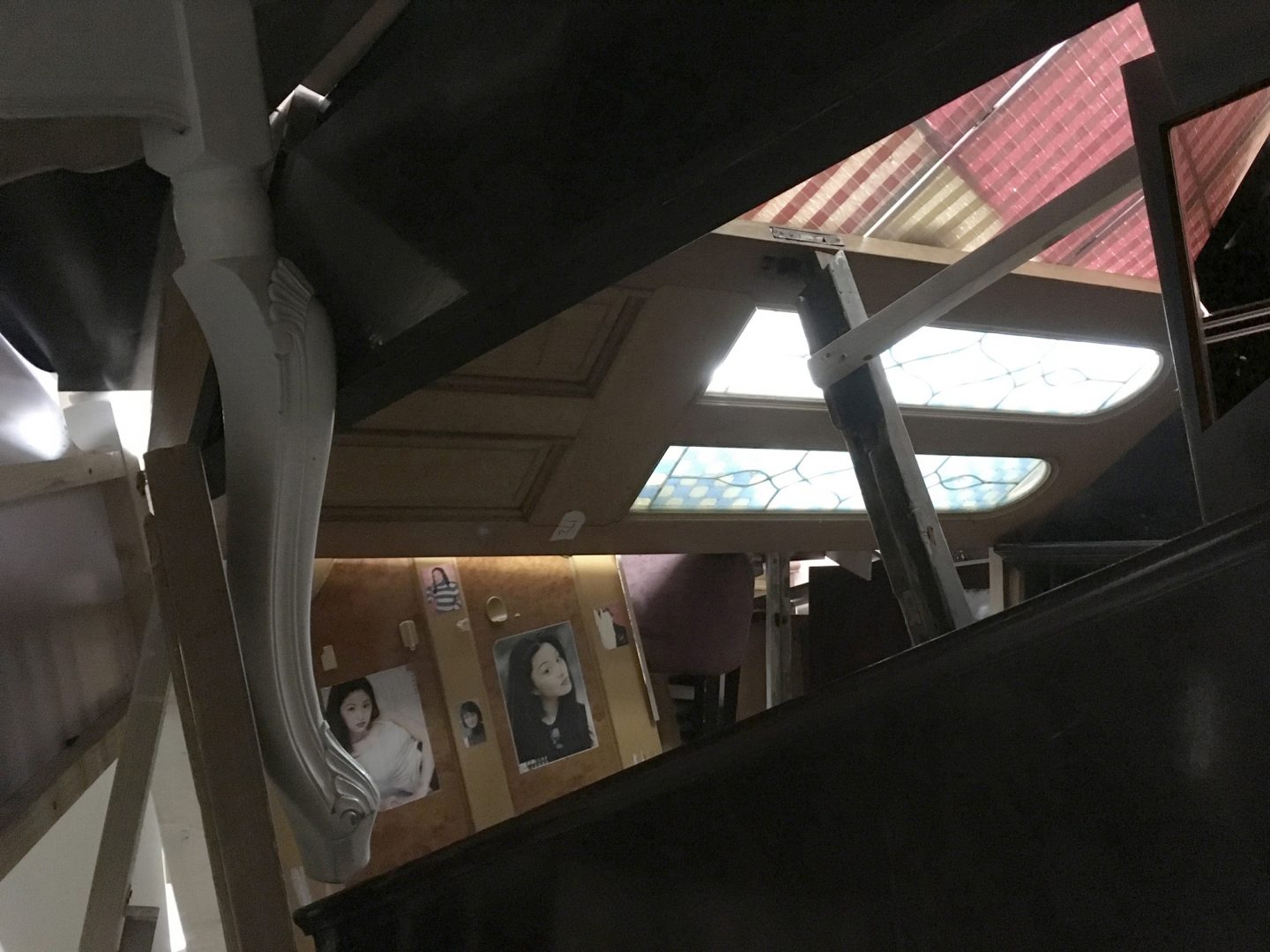 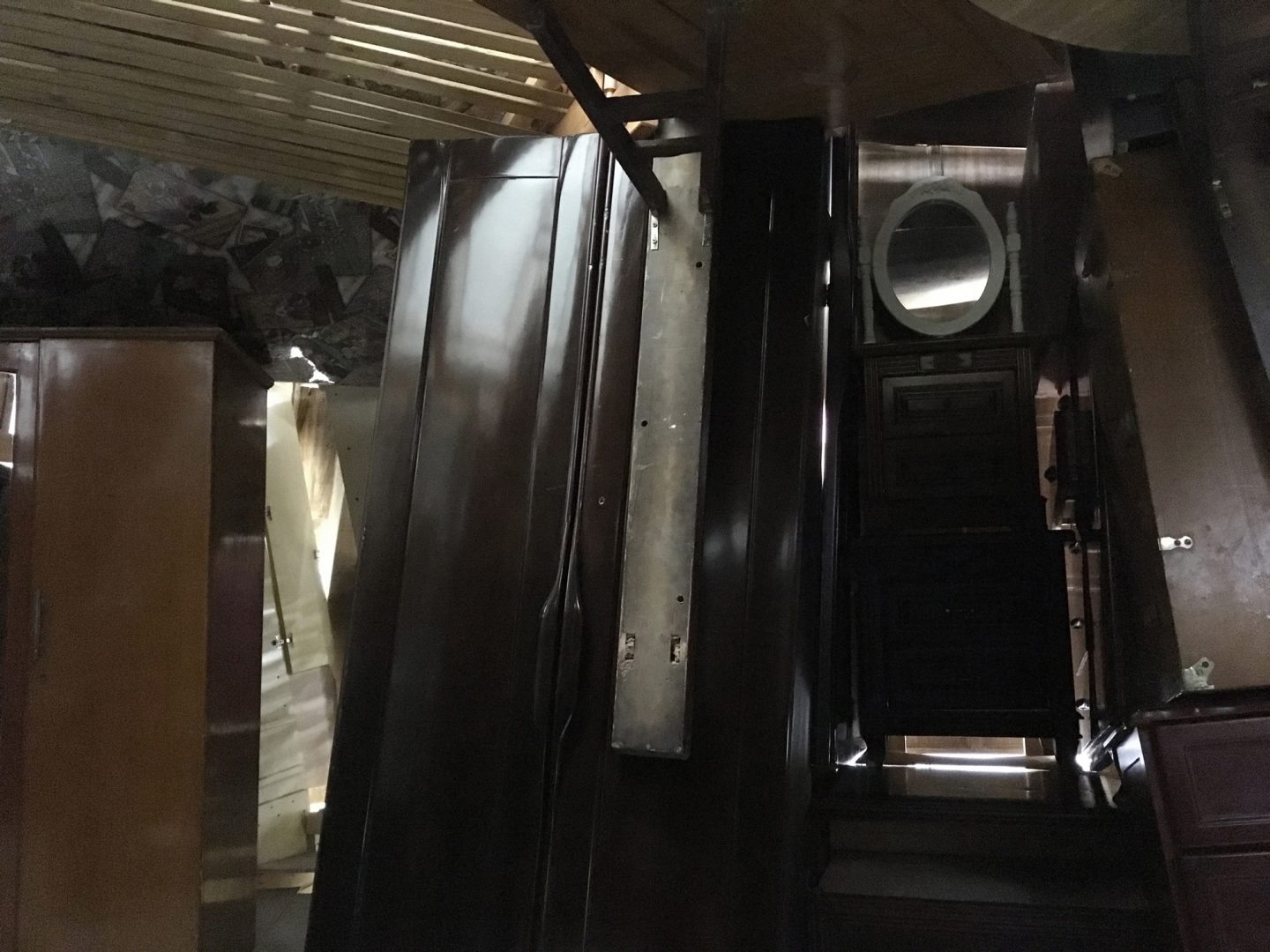 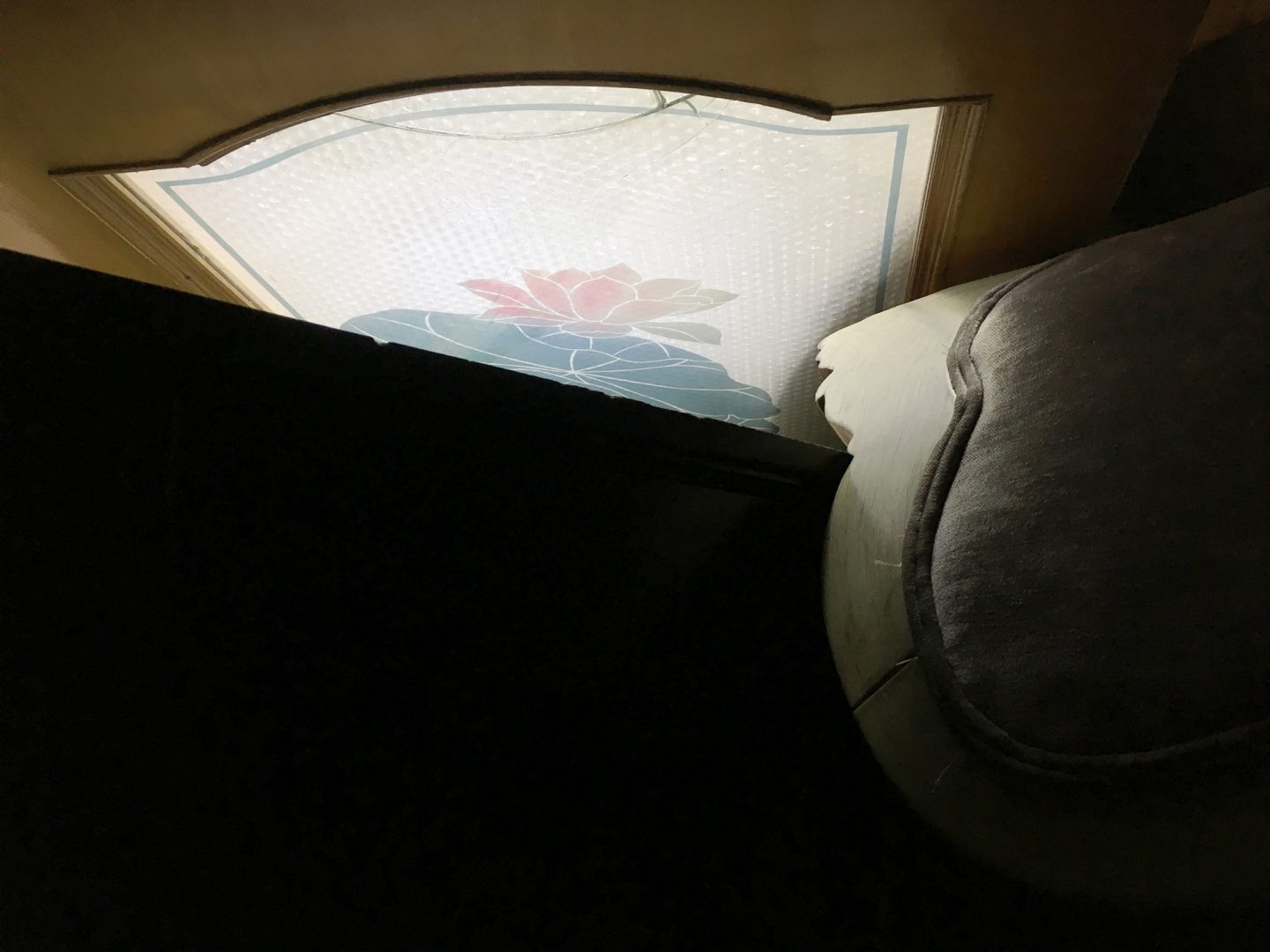 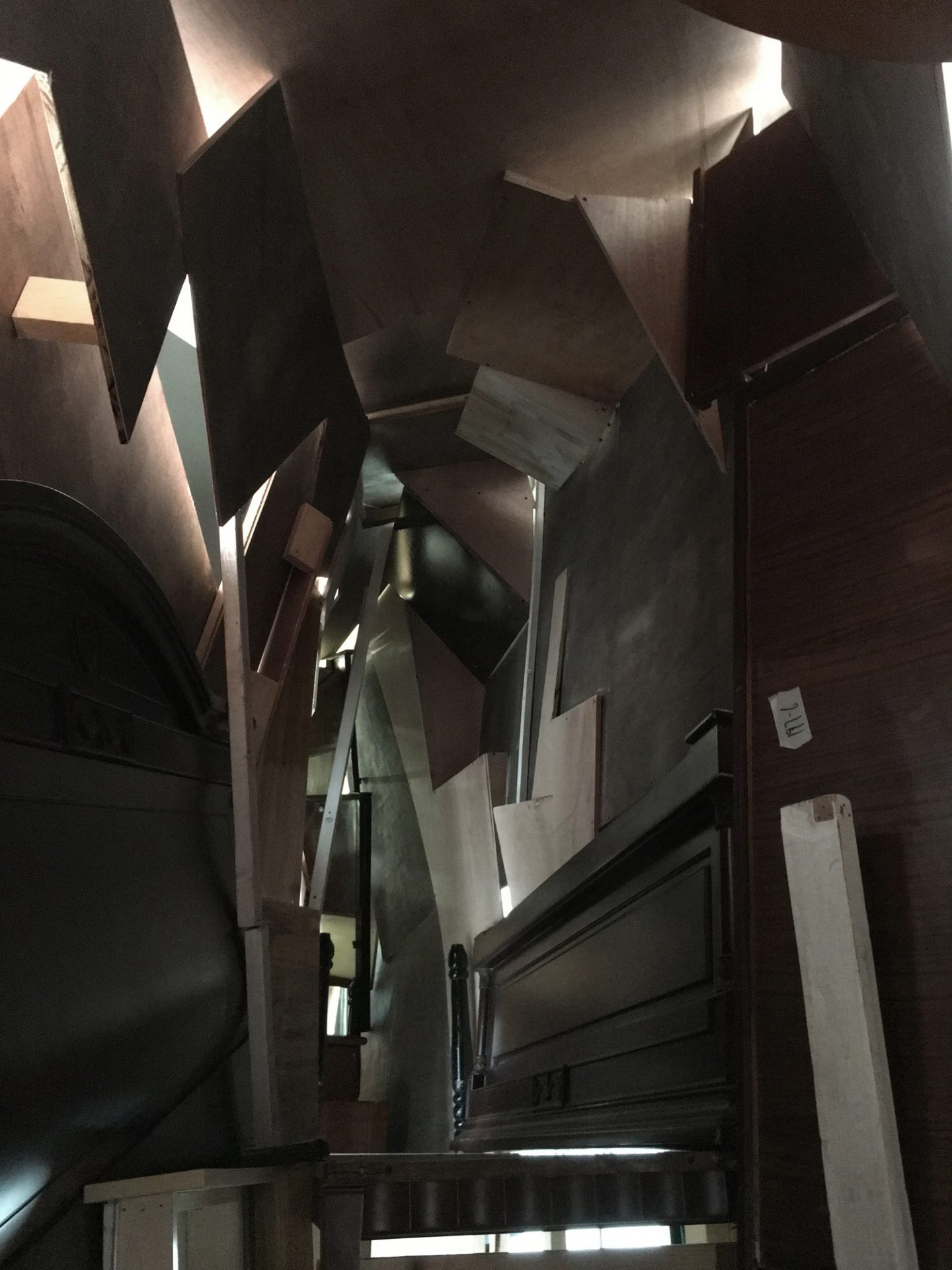 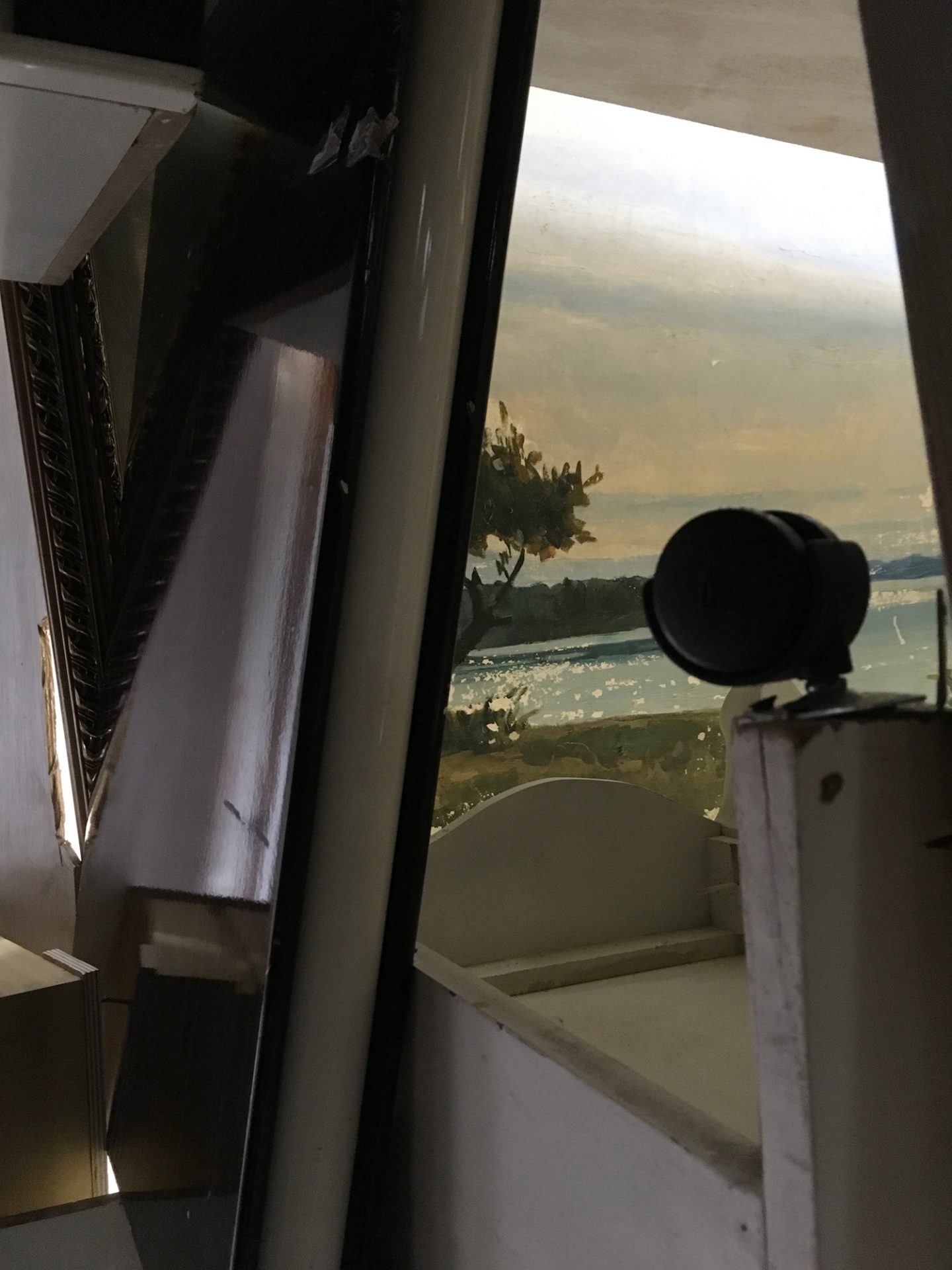 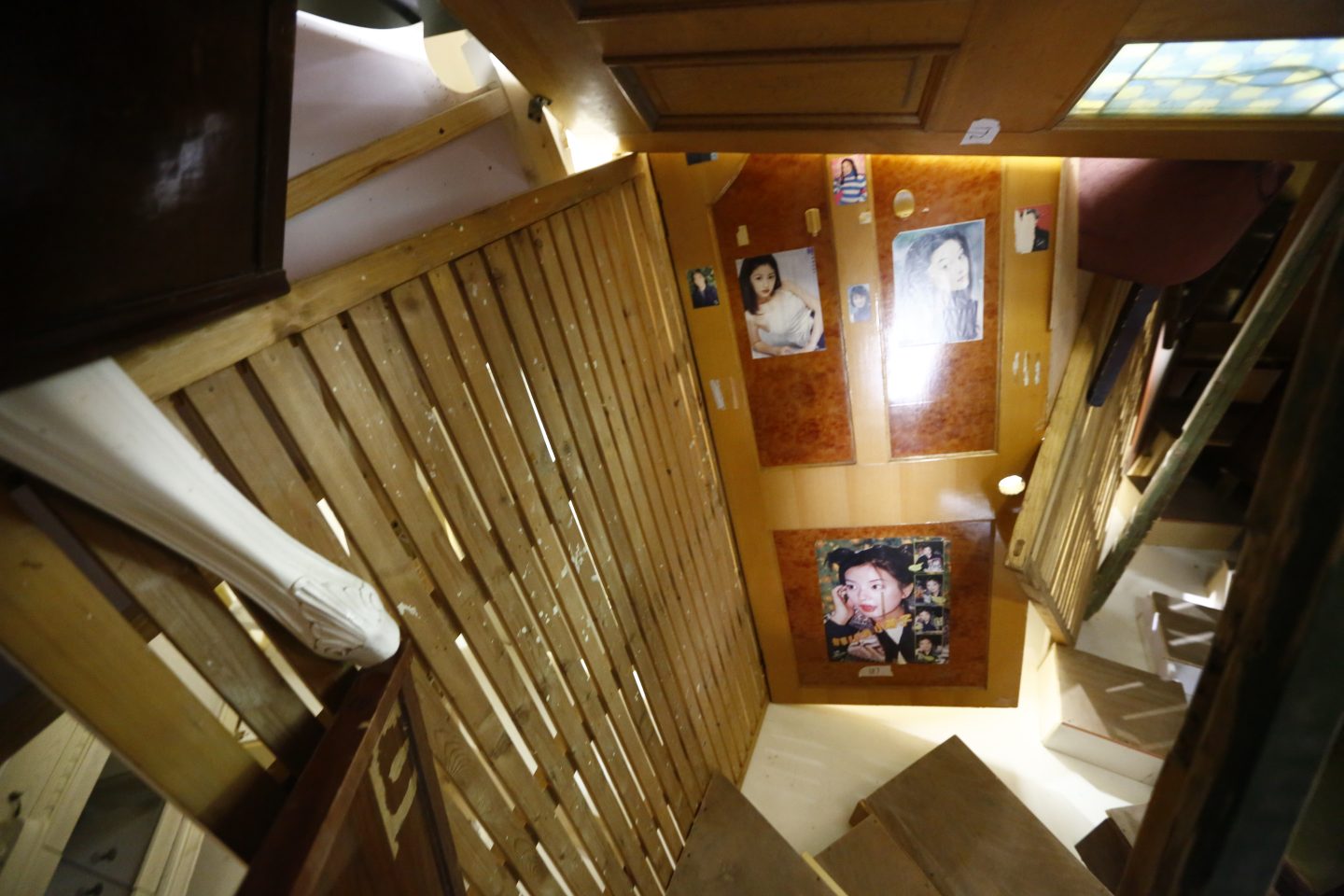 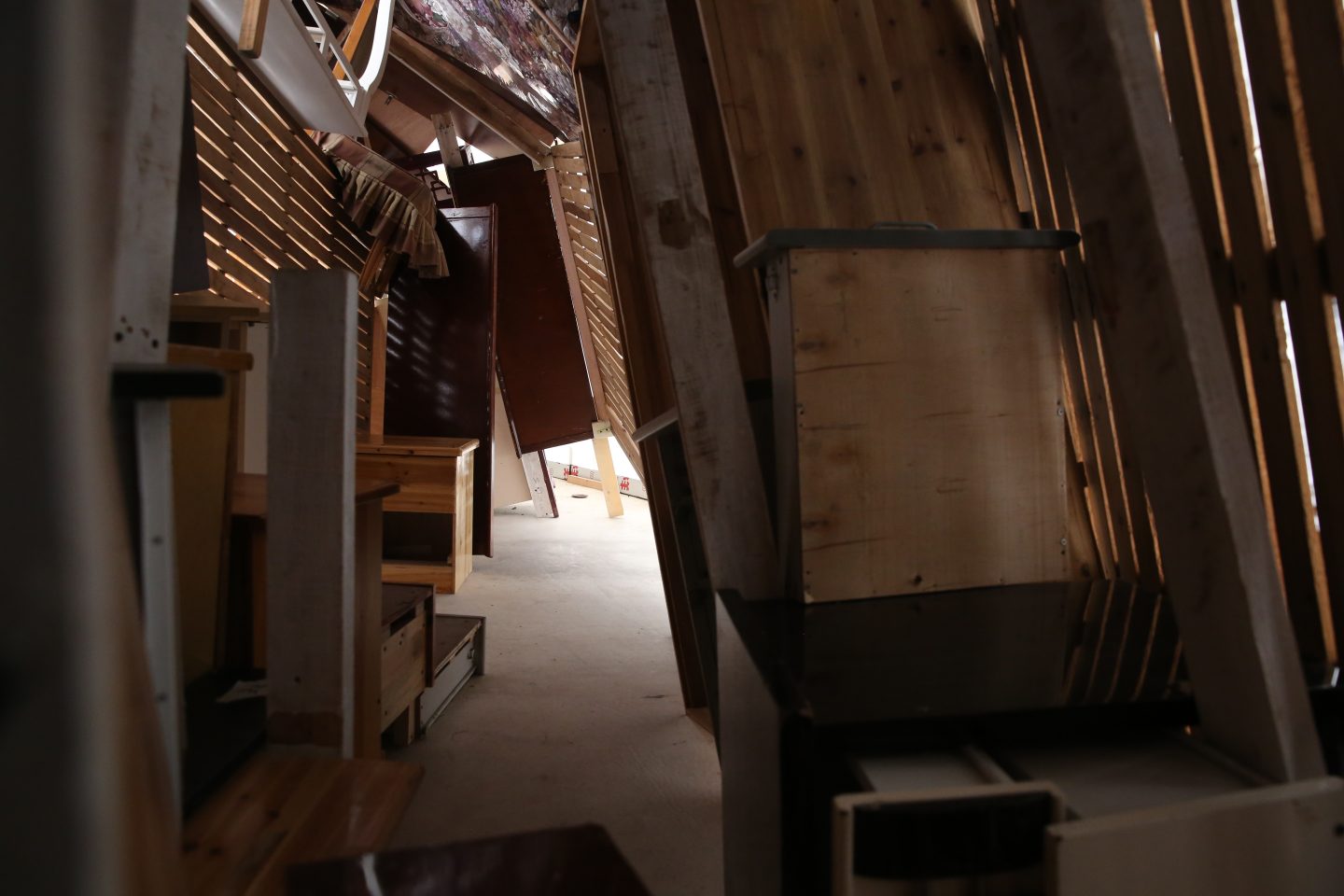