Sun Dongdong talks about the exhibition

From an abandoned military pillbox in the South China Sea (Tide, 2007) to an urban village in Guangzhou (South Stone, 2010–2012), and onto a topography stripped of all orientation (The Worldly Cave, 2017), if these three video works by artist Zhou Tao can be broadly categorized as “spatial practice,” then along this decade-long temporal thread, those specific moments in time produced by the artist’s mediation between “body” and “action” are at once deterritorializing our everyday world, while also being territorialized into an aesthetic imagery of reality within his world of light and shadow. Spatial perception, one way in which Zhou Tao summarizes his video practice, not only outlines the real delineation of “body” and “action,” it also highlights the artist’s role as a “presence.” Looking back over Zhou Tao’s video works from this perspective, the documentation and reality encompassed by specific moments are the unfolding of our epoch, from which the artist extracts and concentrates. It is the suspended commercial consensus he encounters within, the juncture for the production of “anti-images.”

The exhibition as “encounter” is also a meeting between three artworks the artist completed at different times. They are three parallel space-times, which also insert (or fabricate) a certain narrative pathway into our vision. Or, perhaps, Tide can serve as a starting point, with that abandoned pillbox, that claustrophobic sense of space and the repeated barrage from outside forces. Zhou Tao has used his body to enter in to the historical space of the revolutionary era, future, past and present, by symbolic means, and the melody of the body in the ocean at that moment is the future surging forth by way of the past. Thus, in a sense, Zhou Tao’s present always encompasses the two faces of past and future. South Stone is a spatialized past, and The Worldly Cave is futurized space, one yet to be swept under by capital, one already completely subsumed, the two destined to encounter each other within the capitalist world. 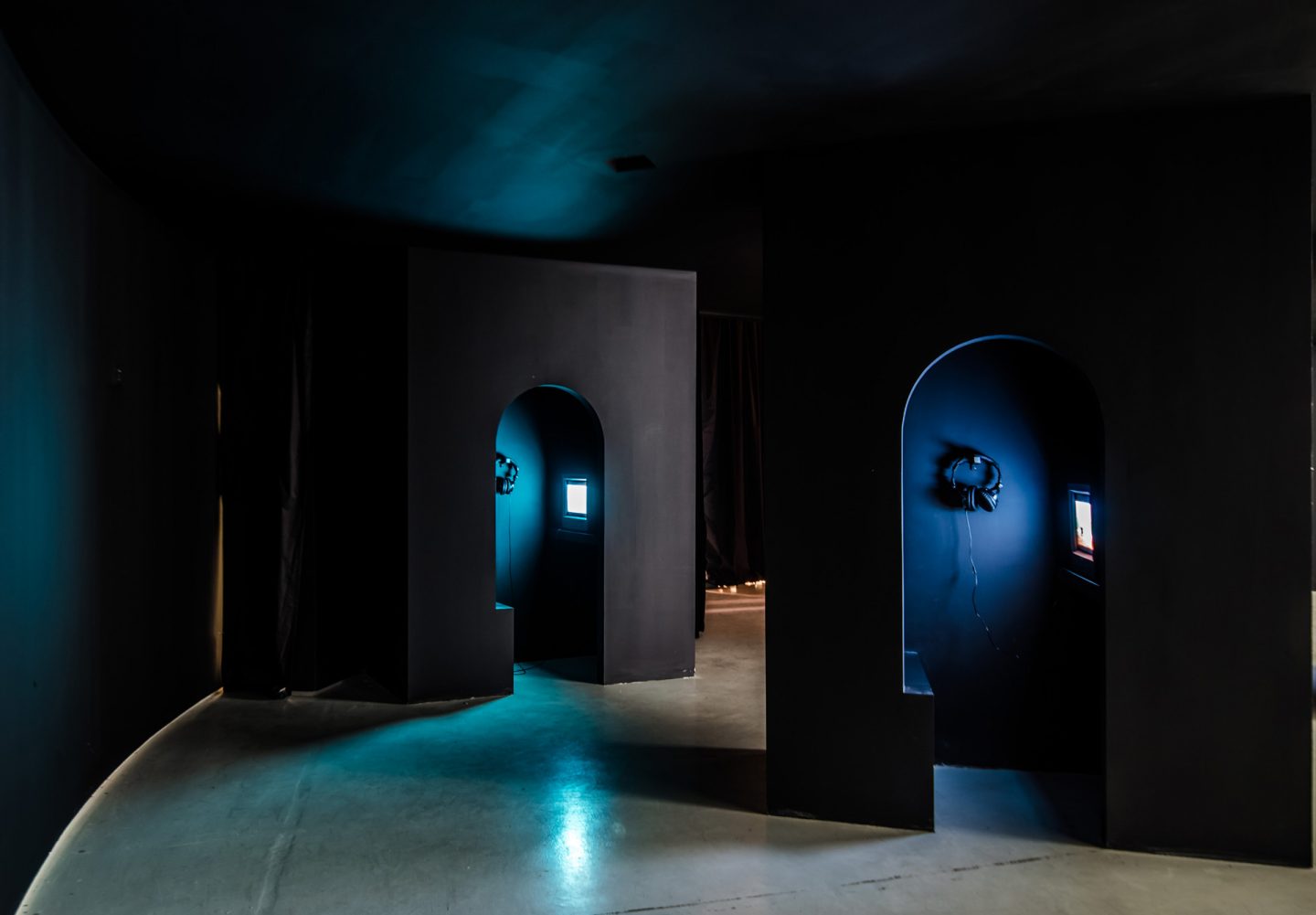 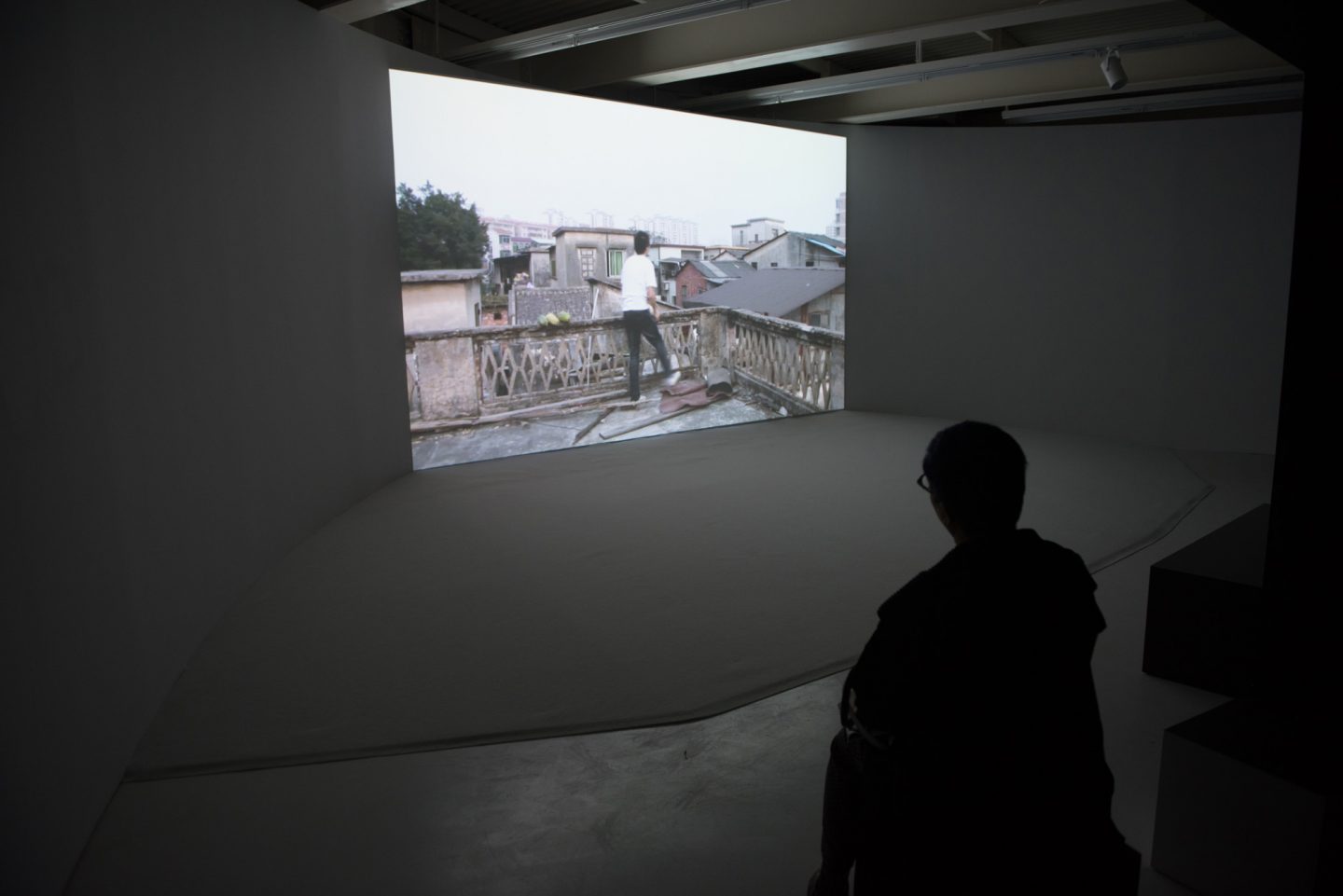