“Remapping Reality” marks the first comprehensive presentation of Wang Bing’s collection of Chinese video art from the post-Olympic era. In this moment of historical rupture, the exhibition attempts to take the collection as a point of departure to develop a new narrative framework that, on the one hand, is able to account for the ironies and complexities of China in the age of globalization, while on the other hand addresses the possibilities of “continuity” that is emphasized in China’s public discourse as an integral part of the Chinese experience. Developed simultaneously with the advent of modern media technologies, video art is a technological product that embodies at once both the characteristics of modernization and modernity. Its dissemination and transformation within the purview of Chinese contemporary art mirror, precisely, the dialectical relationship between material production (object) and the production and dissemination of cultural knowledge and information (ideology), spawned by China’s economic reform. In this light, “Remapping Reality” evinces a shift in focus to the social world, and strives to comprehend the discursive contexts and historical origins of questions concerning China through an in-depth analysis of universally mediated experiences found in contemporary video practices. Meanwhile, amid ongoing global conflicts, the exhibition also highlights the urgent task of “reconstruction” we must bear, at this critical juncture, in order to preserve our collective future.

Sun Dongdong, born 1977 in Nanjing, China, is a curator, critic, and freelance writer. He graduated in 2001 from the Nanjing University of the Arts with a degree in Fine Arts. In 2005, he received his MFA in Art History from the Nanjing University of the Arts. Since 2001, he has been involved in criticism and curation of Chinese contemporary art. In 2009, he began working at LEAP magazine as a senior editor, covering scholarship and exhibition reviews. In 2014, he was chosen to be one of seven members of the Pinchuk Art Foundation’s Future Generation Art Prize selection committee. From 2014 to 2018, he served as the jury for the primary selection of the Huayu Youth Award. In 2016, he was the producer of the film The Swim (a film by He Xiangyu). Sun Dongdong currently lives and works in Beijing.

Lu Mingjun is currently an associate professor of art history at Arts College, Sichuan University. He holds a Ph.D. in History. Lu is also a curator and the director of Surplus Space. His recent curatorial projects include Frontier: Re-assessment of Post-Globalisational Politics (2017-2018), Assembling (2018), XU ZHEN®: Alien (2018), among many others. His essays have been published in Literature & Art Studies (Wenyi Yanjiu), Art Research (Meishu Yanjiu), Twenty-First Century (Hong Kong). His book projects are Visual Cognition and Art History: Michel Foucault, Hubert Damisch, Jonathan Crary (2014), Logos and Morale：Conception and Social Changes in the Painting Theory of Huang Binhong 1907-1954 (2018) and Post-sense Sensibility, Supermarket, Long March Project: Three Contemporary Art Exhibitions/Projects in 1999 and After (2019). Lu was also the grantee of Robert H. N. Ho Family Foundation Greater China Research Grant 2015. He received the 2016 Yishu Awards for Writing on Contemporary Chinese Art. In 2017, he was granted The Asian Cultural Council Fellowship. In the same year, Lu won the 6th CCAA Chinese Contemporary Art Critic Award. 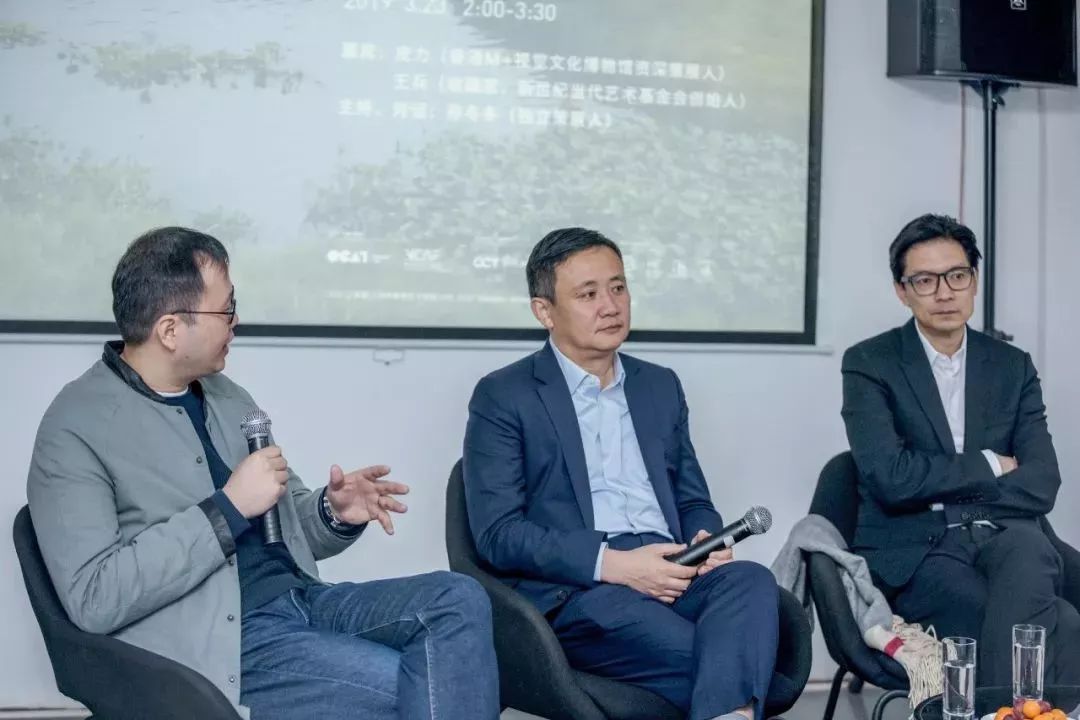